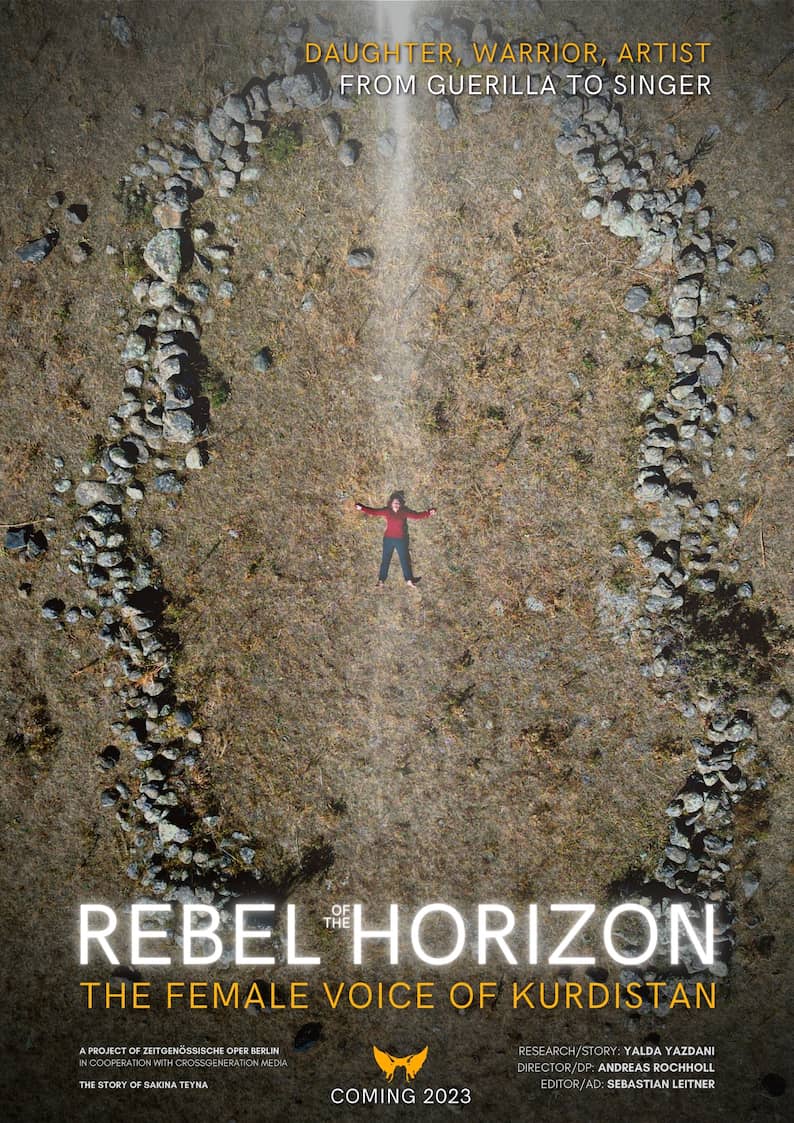 Following the theme of THE FEMALE VOICE OF KURDISTAN: A story of resistance against the suppression of one’s own voice and culture. Also a story of an irreversible, personal decision of giving up everything and the courage of a woman, who, like 1,000 other young women, went “into the mountains”…only to leave everything behind once again years later to fight for the freedom of art as a singer.