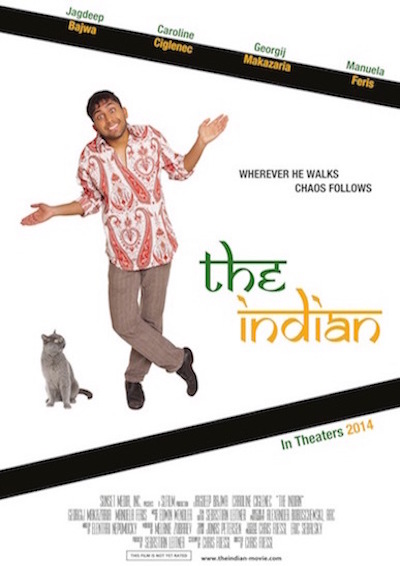 Where ever he walks, Chaos follows
A clumsy young Indian gets kicked out of the apartment of his girlfriend. Trying to win her back he starts to search for a job. Things however do not go exactly according to plans and he has to get inventive in order to get rid of the two ruthless Gangsters, Police and that Secret Agency that’s after him due to a series of unfortunate coincidences. An homage to the classical American cinema, done by huge fans of the genre. Photo by Reinhard Steiner